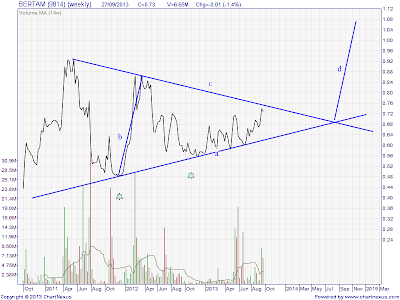 为何：因为， Graham never intended this formula to be used to evaluate stocks.

From Wikipedia, the free encyclopedia

The Benjamin Graham formula is an intrinsic value formula proposed by investor and professor, Benjamin Graham, often referred to as the "father of value investing". Published in his book, The Intelligent Investor, Graham devised the formula for investors to be able to quickly determine how rationally priced their stocks were.[1] As with any valuation formula, the final number is not designed to give a true value of a stock, but only to approximate its range of possible values.[2]
Note that Graham never intended this formula to be used to evaluate stocks.[3]

In The Intelligent Investor, Benjamin Graham describes a formula he used to value stocks. He disregarded complicated calculations and kept his formula simple. In his words: "Our study of the various methods has led us to suggest a foreshortened and quite simple formula for the evaluation of growth stocks, which is intended to produce figures fairly close to those resulting from the more refined mathematical calculations."
The formula as described by Graham in the 1962 edition of Security Analysis, is as follows:

V = Intrinsic Value
EPS = Trailing Twelve Months Earnings Per Share
8.5 = P/E base for a no-growth company
g = reasonably expected 7 to 10 year growth rate
Where the expected annual growth rate "should be that expected over the next seven to ten years." Graham’s formula took no account of prevailing interest rates.

To apply this approach to a buy-sell decision, each company’s relative Graham value (RGV) can be determined by dividing the stock’s intrinsic value V* by its current price P:

An RGV of less than one indicates an overvalued stock and should not be bought, while an RGV of greater than one indicates an undervalued stock and should be bought.
Because of the measures it uses, difficulties may be encountered in evaluating both new and small company stocks using this model as well as any stock with inconsistent EPS growth. On one hand, it is efficient because of its simplicity but on the other, it is limited by its simplicity because the model does not work well for every stock.
Thus, the calculation is subjective when considered on its own. It should never be used in isolation; the investor must take into account other factors such as: 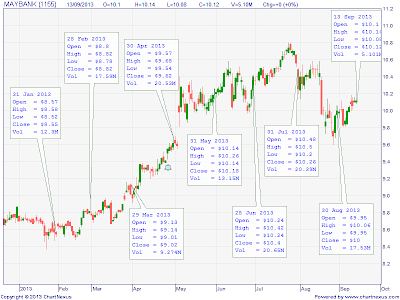